You are very welcome to our 2022 Europe Week. On this page, you will find a booklet of activities for the week. You can decide to do all or only some of them.

On 9 May, we are organising Europe Day Zoom Quizzes for 1st and 2nd classes as well as for 3rd and 4th classes. These are tailored quizzes to the age group and require no prior knowledge. At the end of each quiz, an Irish MEP will connect to interact with the children:

Our Europe Day Zoom Quiz  is fully booked out!!!

What you need for the quiz

Lots of activities on the European theme… 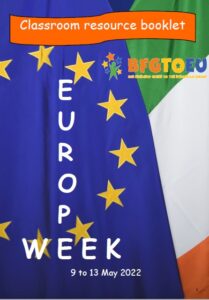 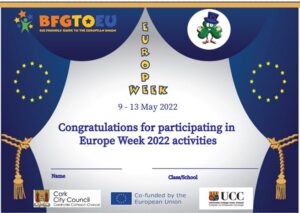 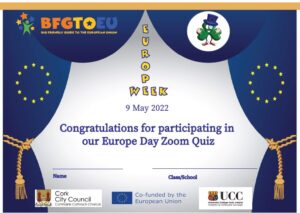 What you need for the collaborative art 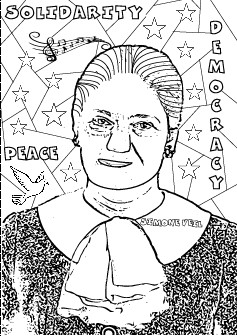 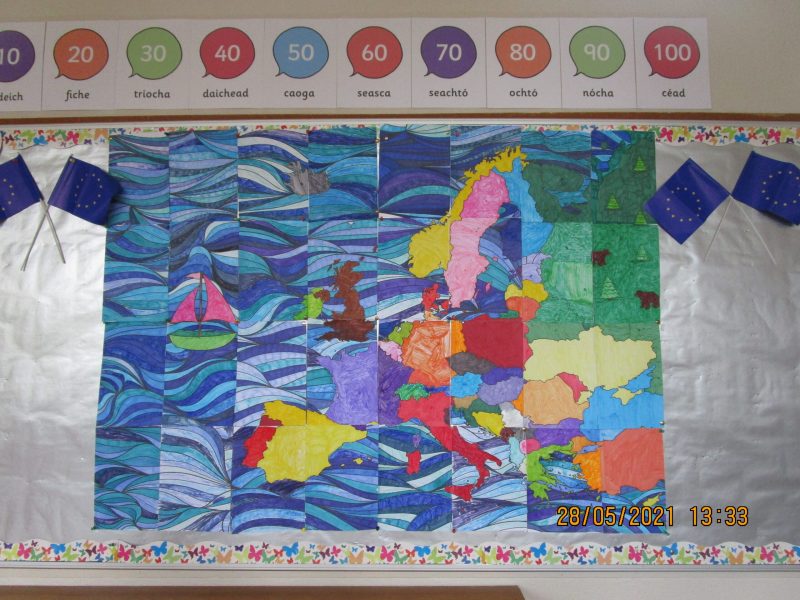 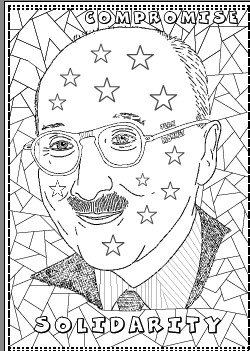 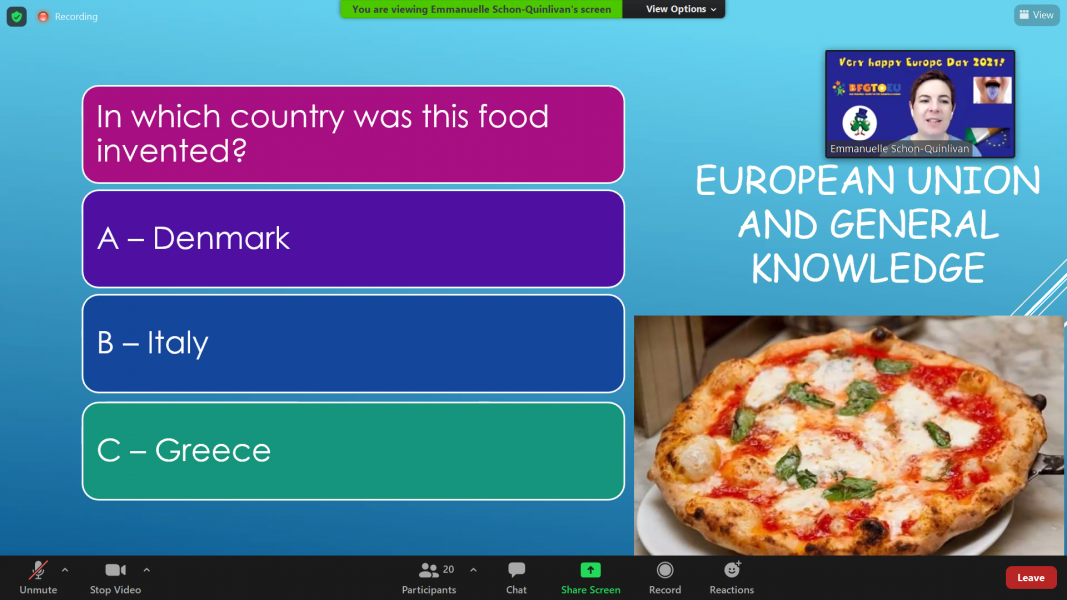 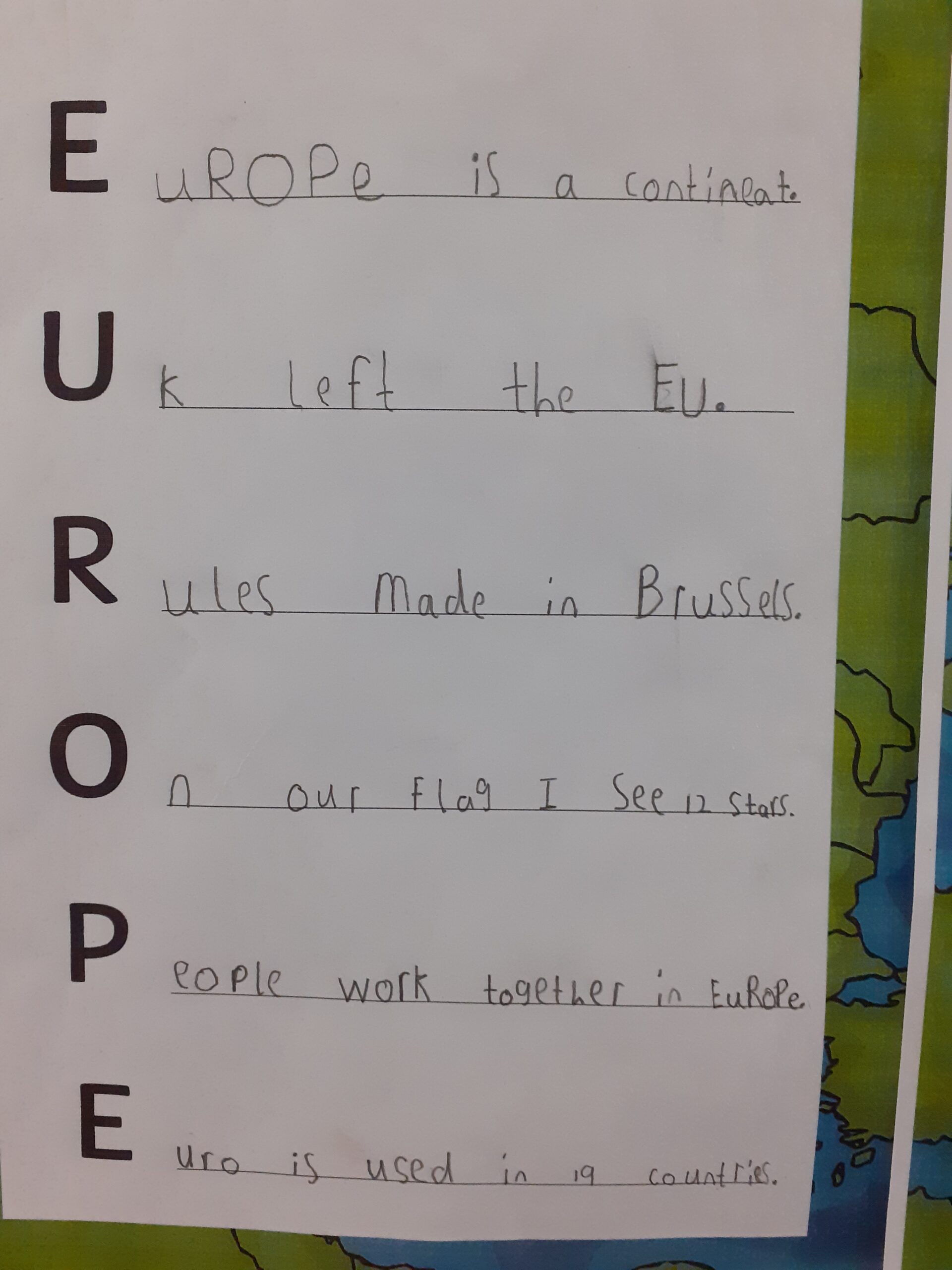 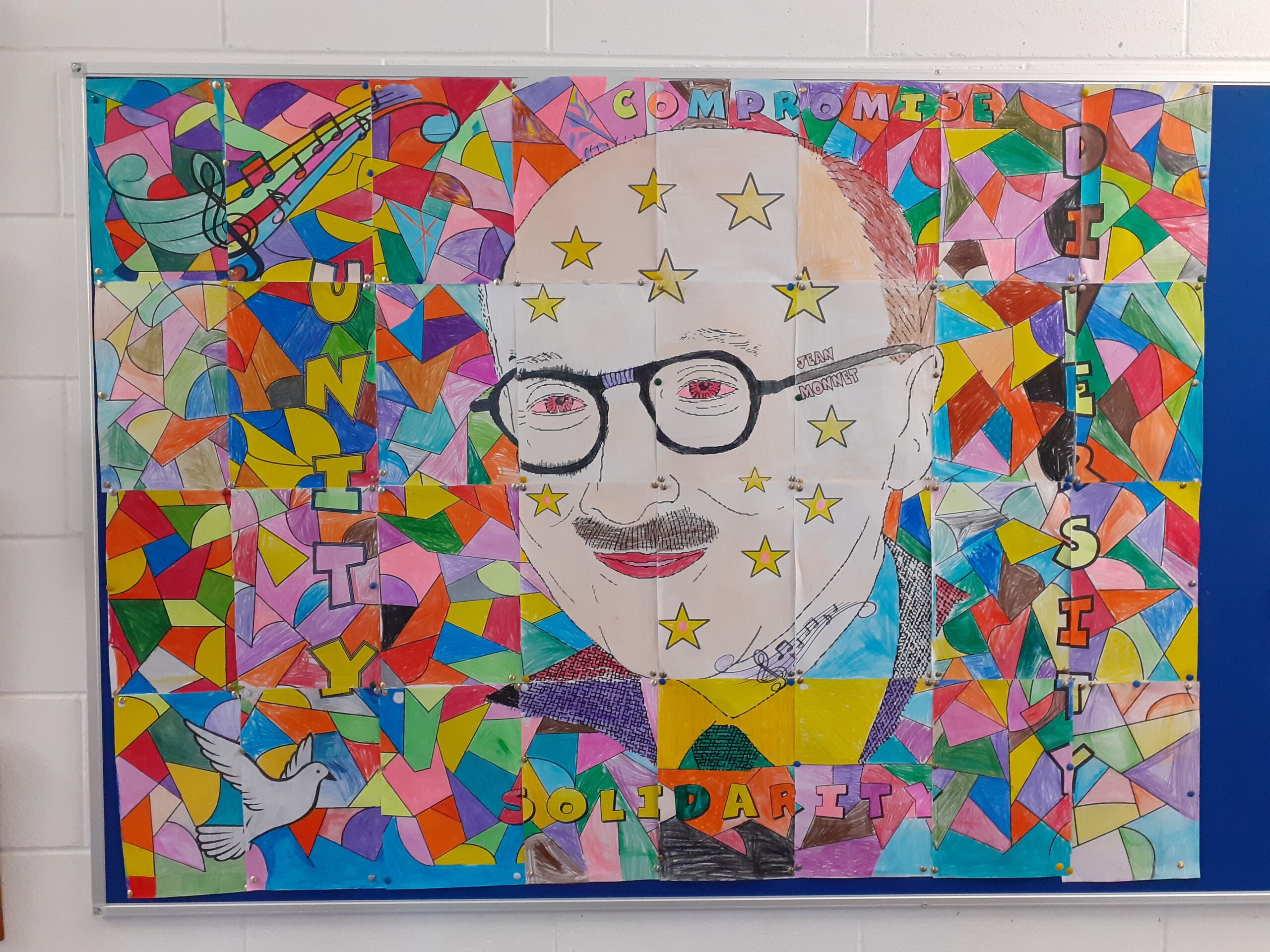 A survivor of Nazi concentration camps, Simone Veil’s childhood and traumatic experiences during the Second World War sowed the seeds of her commitment to a unified Europe, a cause she would champion for the rest of her life.

Jean Monnet, the French politician and economic adviser, was a lifelong supporter of European integration, whose ideas inspired the Schuman Plan to unite French and German national production of coal and steel under a single banner.

With growing international tensions after the war, Monnet felt that it was time to pursue European unity and he and his team began work on the concept of a European Community. On 9 May 1950, Robert Schuman, France’s Minister of Foreign Affairs, delivered the ‘Schuman Declaration’ on behalf of the French government. This Declaration was instigated and prepared by Monnet and proposed to place all German-French production of coal and steel under one high authority. The idea behind this was that if the production of these resources were shared by the two most powerful countries in Europe, it would prevent any future war.